Our lightly tinted window films keep glass clear and bright. Panorama Solar window film allows natural light to stream into your home. At the same time, the product blocks heat and ultraviolet rays. While tinted film adds a subtle shading to windows, many films are practically invisible. Film comes in a range of tints and opacities. So, does window film make windows dark? No, the glass will appear clear unless you choose a dark film. 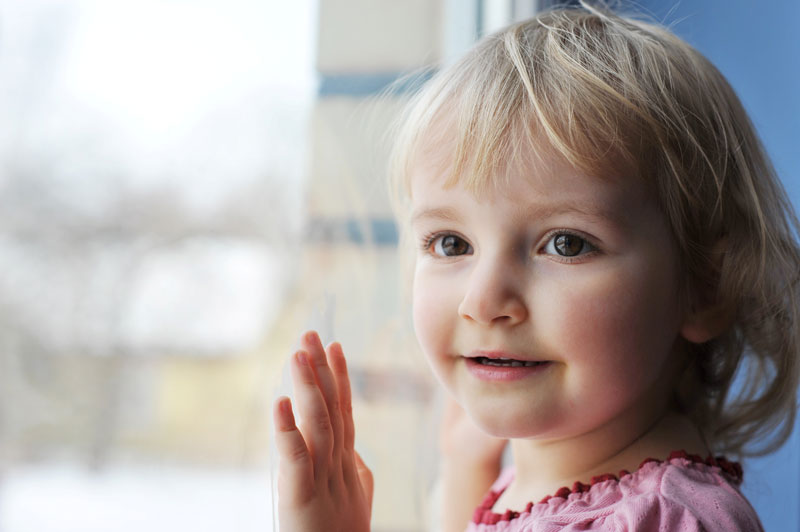 Clear Film for an Unobstructed View

If clear windows and lots of light are your ideals, consider choosing from our selection of Panorama Hilite films. This series offers a host of benefits, including heat and glare rejection and protection against breakage. With a modern film installed, your windows will look neutral from the outside. From indoors, all you’ll notice is the view.

In many cases, window film will make your home brighter. If you’ve been drawing the drapes to keep out glare and heat, no longer will you need to block light to keep your home cooler. Window film reduces the negative effects of sunlight so effectively that you may choose to remove blinds once the film is installed.

When viewed from indoors reflective film doesn’t look dark. From the street, film looks very similar to bare glass. Since both film and glass are reflective, the look of windows changes throughout the day, depending on the lighting. Unless you choose a film for its dark tint, windows will look natural.

Panorama’s Dual Reflective films allow plenty of natural light to enter your windows. Like our other films, they block heat and glare. You can choose a lightly tinted film that’s barely noticeable, or opt for a darker treatment. Many films protect privacy without sacrificing light or visibility.

How Does Window Film Work?

Our window film is a high-tech product that doesn’t need dark tints to be effective. A thin layer in the film reflects or absorbs some types of solar energy while allowing other types to pass through.

Sunlight consists of different kinds of rays. Only one type of ray is visible to the human eye. Visible rays pass through window film, keeping your home bright. Other forms of energy, such as ultraviolet rays, are absorbed. UV rays damage furnishings and harm skin and eyes.

Pacific Window Tinting offers high-quality films for homes and businesses. Our line of performance films from Panorama Solar includes a variety of shades and designs. We’d be happy to provide you with samples. Contact us at 503.736.9000 to learn more about our products and installation.