Many architects are learning that tinted windows are one of the best things that could have happened to the world of architecture. In the past, architects had to make a choice between putting windows in places where they look attractive and letting in natural light, or making sure that the sun does not make the building uncomfortably hot. However, with better window tinting available for commercial and residential buildings, that is no longer an issue. Architects can now focus on placing windows where they look best and where they will let in the most natural light rather than worrying about placing windows in locations that will not bring in too much heat. A World Before Tinted Windows Carefully Placed Windows In the past, an architect needed to consider where to put windows based on where the sun would be less likely to overheat the house. For instance, on the West coast, such as in Oregon, Washington, and California, windows on certain sides of the house will receive sun at different times of the day. Windows on the east side of the house will receive sunlight at a low angle in the morning.  On the west side of the house, windows can cause cooling problems as the sun will hit those windows as it is setting. Large windows on the south side of the house can also cause cooling issues as they will receive the blazing mid-day sun. Those windows placed on the north side of the house will not often receive a lot of direct sunlight. That is three sides of the house were END_OF_DOCUMENT_TOKEN_TO_BE_REPLACED Continue Reading

Summertime in the Portland area is unlike any other region in the country. With clouds parted and rain subsided, the Pacific Northwest offers incredible outdoor activities, music scenes, cultural events and of course, some of the best food you’ll find anywhere. However, we perhaps pay for these summers with uncomfortably high temperatures. It seems like most homes struggle with problem areas that receive too much direct sunlight and become unbearably hot. Big windows are beautiful additions to any home but they bring sun exposure and higher temperatures indoors. You could pump up your air conditioning, but that may cause a drastic spike in your utility bills and make other parts other parts of the home freezing. And what if you don’t have air conditioning at all? It can feel more like an oven than a home when the sunshine bearing down. No A/C? Cool down with window film Panorama solar films are optical-grade films that provide protection against the sun’s rays and heat. Unlike other tinting methods, these films won’t require major window replacements or even darken your windows like those on a limousine. Instead, these films can be applied in light tones so that they are hardly noticeable, even when examined close up. What’s the best part of using films? Panorama solar films can reject as much as 70% of the sun’s heat that’s penetrating windows. This way, you can cool down the hottest rooms in your house without spending hundreds of dollars in energy bills END_OF_DOCUMENT_TOKEN_TO_BE_REPLACED Continue Reading 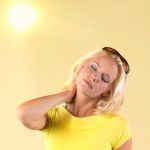 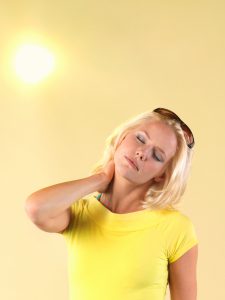 Summer weather in Portland is lovely and all too brief. Many Rose City residents don’t bother with air conditioning, choosing to swelter for the short hot spells instead of running up the power bills with AC. If your home or workplace doesn’t have AC, or you want to use it less frequently, there are natural ways to stay cool this summer. Tip #1: Install window film. Professional window tinting can reduce heat imbalances in your home that are caused by sunny windows. Keeping an even temperature throughout your home or office will maximize the overall efficiency of your heating and cooling system. When you do use it, you’ll notice a difference in your energy bill. Also, window film reduces glare and reflects up to 99 percent of damaging ultraviolet light. The film can be nearly imperceptible, or it can be tinted. Darker shades are a good option if you want privacy as well as protection from the sun. Tip #2: Open windows and doors On a warm and sunny day, it’s nice to open the windows and let cool air in. Keep in mind that if the windows are open as the temperatures rise, hot air will flow in. In the morning and evenings, open the windows and doors up to let the warm air out of the house and the cool morning air in. If you don’t have window film, close curtains to block the light from sunny windows. Tip #3: Don’t heat up your house with appliances and electronics. Turn off lights, fans, or appliances that are not being used throughout the day. Running these END_OF_DOCUMENT_TOKEN_TO_BE_REPLACED Continue Reading

How To Stay Cool Indoors Without Air Conditioning

Portland's mild summers make air conditioning an option rather than a necessity. Many homeowners in Oregon do without the convenience of AC. Saying "no" to AC saves money and electricity. For ten months out of the year, living AC-free in Portland seems like a wise choice. But, when hot weather hits, many Oregonians suffer. We're not used to the heat. Often, we don't have strategies to keep cool. For those who do choose air conditioning, the jump in summer energy bills can be a jolt.  Check out these ways to stay cool indoors without air conditioning. They'll help you sidestep the high bills and energy consumption of air conditioning. Window Film Keeps A Home Cooler Closing the blinds keeps out the sun. It prevents your home from heating up. But, it also makes you feel like a troglodyte. Who wants to spend time in a dark, depressing home? To preserve natural light and a view, install solar window film. You don't need dark tints to block heat. Most films are nearly invisible. If you have questions about how window film looks, we're happy to provide samples of our products. See for yourself how window film will appear in your home. Homes with lots of windows can get hot even in early spring. Window film eliminates overheating by reflecting heat. Your house stays cooler with tinted windows, particularly in rooms that face south. Window film can block up to 70 percent of the solar heat shining through your windows. Film controls heat in problem areas, reducing the need END_OF_DOCUMENT_TOKEN_TO_BE_REPLACED Continue Reading

Smart Oregon business owners are always looking for innovative methods to save money. Using energy-efficient materials is one of the best ways to trim expenses. A commitment to eco-friendly systems has benefits that go beyond economics. It’s also a socially responsible way to run your company. Efficient buildings have less of an impact on the environment. There are many ways to be more energy efficient. One of the simplest and most cost-effective changes you can make is to install window tinting. Even in Portland’s moderate weather, tinted windows can have a significant impact, reducing heat and glare in an office. Window Film Helps Businesses Go Green Tinted window film, such as Panorama solar film, keeps out up to 77 percent of the sun’s solar energy. This helps reduce office temperatures and inefficient hotspots in your building. If your office is prone to heating up from southern-facing windows, window film can reduce the amount of air conditioning you use. Installing tinted window film is more affordable and less disruptive than replacing windows. Commercial buildings use a tremendous amount of energy. The equipment and HVAC system in an office account for most of the consumption. Buildings are responsible for nearly 40 percent of the country’s CO2 output, according to the U.S. Green Building Council (USGBC). LEED-certified, or resource-efficient buildings can reduce consumption by 25 percent and lower CO2 emissions by 34 percent. Window film is appropriate END_OF_DOCUMENT_TOKEN_TO_BE_REPLACED Continue Reading