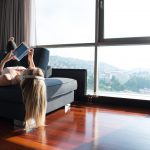 Once you decide to get your windows tinted, it is important to decide on what kind of tinting you want. There are several different kinds of window tinting. Some of the types are more effective than other types of tinting. Therefore, it is important to understand which will work best for what you are attempting to accomplish.

The least expensive type is the dyed window tinting. The film is dyed by adding the color to a layer that is next to the film’s adhesive. Although this does darken the windows and will block out some UV rays, it is mostly for appearances. Additionally, this type of tinting will fade with time.

A more effective type of tinting is done by using metalized film. Metalized film has particles of metal added to the film which reflect the light and heat away from it. These particles are not visible. This type of film will also cause the outside to look shiny. The metalized film is less likely to scratch and fade than dyed film. Therefore, although it is more expensive, it is a better option.

Carbon window tint film is often considered a better option than the other two options. This version will not be shiny from the outside but it will have a matte finish that is a dark color. This look is more aesthetically pleasing than some looks. This type of tinting blocks out about 40% of the infrared rays – the elements of the sunlight that cause heat – and is, therefore, an effective option to keeping cooling costs down. It also helps to keep heat from escaping during the winter. The film will also add a shatter resistant nature to the window.

Ceramic film tinting is the most expensive, but most effective option. It can block up to 50% of the heat from coming into the building. Ye, at the same time it is the clearest option for tinting and therefore, allows natural light in without letting the heat through the windows. Additionally, it blocks the most ultraviolet rays from getting thorough, thereby, reducing the risk of skin cancer and damage to furniture.

Knowing what kind of tinting that you want to put on your windows is important. The options vary both in effectiveness and cost. It is important to know what is most important when getting a building tinted.